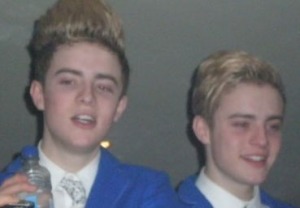 The twins have caused more controversy this week

So Jedward have ousted Lucie in a shock X Factor result.  Simon’s decision to rely on the public vote has provoked widespread outrage.  And as much as I love Ireland’s dynamic duo, I was surprised and disappointed to see a contender like Lucie go.  But let’s not be too hard on the boys.

Yes, many people find them annoying.  Their singing talents are at best mediocre.  And to the untrained eye, their performances may resemble a bad pantomime act.

But let’s consider how many gifted artists have been unappreciated in their own time.  Van Gogh.  Bach.  Wilde.  Maybe one day people will look back and marvel at how the twins’ genius went unnoticed.  There’s a lot of potential behind that mass of generously backcombed hair.

The “Jedward experience” is unlike anything we’ve seen before and, in many ways, ahead of its time.  Who could ever have imagined that a Ghostbusters dance routine would become such an integral part of the X Factor?  Say what you like about them, they’re certainly different.

And what they lack in conventional ability, they make up for with enthusiasm.  That requires one hell of a lot of enthusiasm.  Every week they come out and desperately try to win over the audience.  They wear humiliating costumes.  They do backflips.  They attempt Irish rap.  What more could an audience ask for? 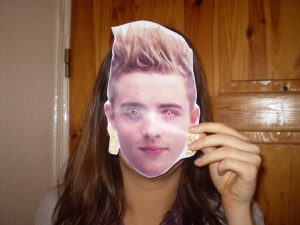 "If there's something strange in your neighbourhood": the 3am girls have started a nationwide craze for Jedward masks

So, as unpopular as it may seem, I’ll be backing the twins to the bitter end.  And it seems that I’m not the only one.  Little by little, people are seeing the light that is Jedward.  As Louis puts it, they “have something”.  Whether it’s a good or bad thing I’m not sure, but they definitely have something.  And that’s a great place to start.

2 responses to “Jedward survive another week”